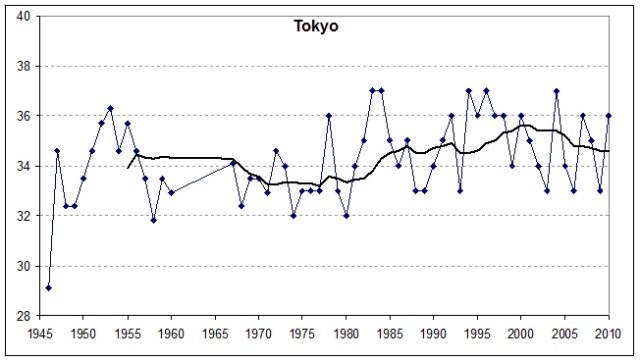 Number of days above 35C